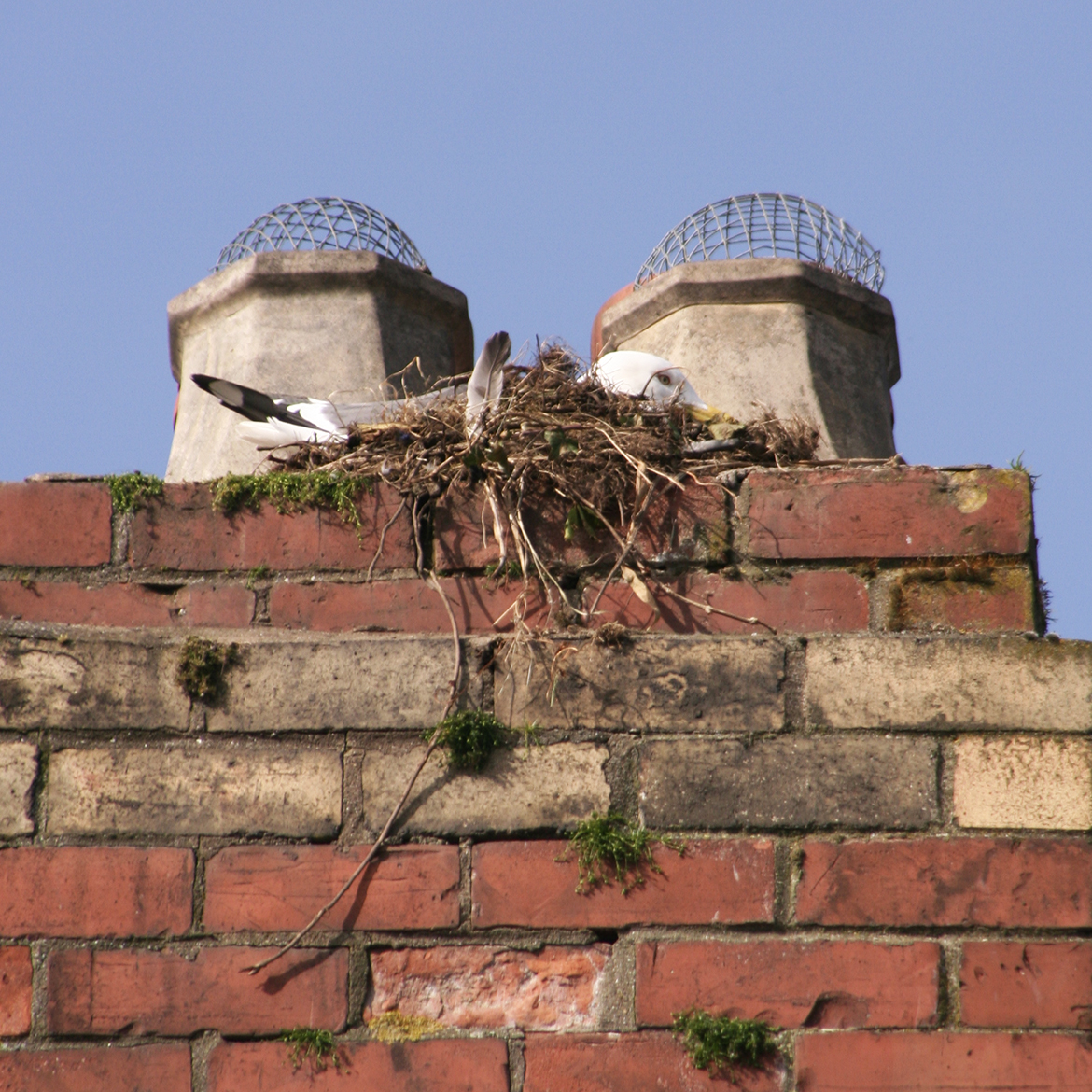 Every year for the last 5 years lesser black-backed gulls nest on the chimney. Without fail one of the chicks fall down. One year the parents abandoned the chick – and I ended up rearing it until it flew off –  the chick was named Jasper. Other years the chick has fallen into the back garden and they have looked after them there. The garden is usually held under ‘siege’ for at least six weeks and you cannot set foot into it – unless you want to be swooped on.

Here is a little gallery of all the chicks that fell down. They are so small I really don’t know how they could survive the fall. Archibald’s egg was near where it fell.  The chick wouldn’t have been seen at all except the neighbour’s cat was staring at something intently and then it was spotted. 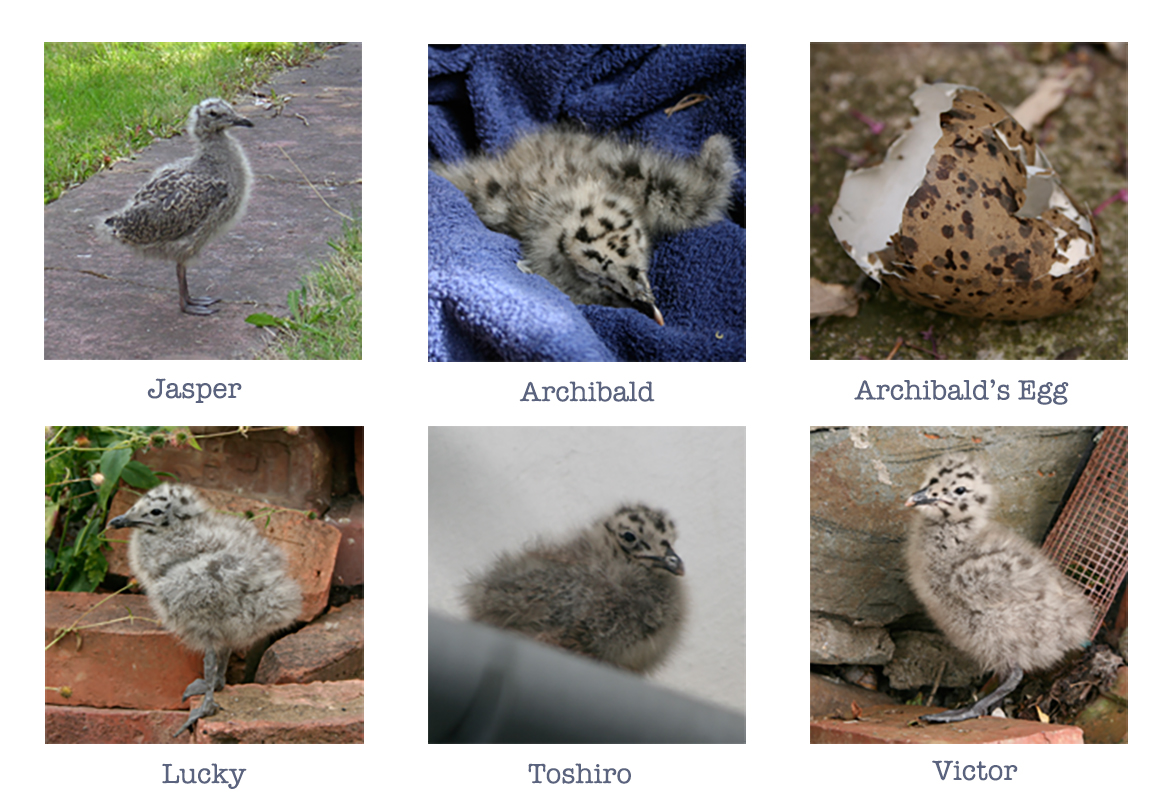 Now that they are on the nest again, I am wondering what little adventure’s there will be this year?  Sometimes the chicks have fallen on the road at the front of the house and I have rescued them and put them in the back garden. One called Elvis didn’t survive. I rescued Elvis from the middle of the road and called the Bird Sanctuary, she came to collect the lovely little bird but told me afterwards it didn’t survive the journey there.  Archibald was taken to the sanctuary because it was abandoned.

Of the 3 chicks from that year only one stayed and was called Lucky (Lucky, Archibald & Elvis were all siblings). Of all the chicks Jasper – the first one was the most special to me and he is the one “one in particular” mentioned in my Blog introduction. Jasper was abandoned and I phoned the Sanctuary because my neighbour said they would take the little bird, but the lady was inundated with gull chicks and asked if she gave me instructions would I look after it. I did, and it was one of best experiences of my life. I have to admit before Jasper I hated gulls, but I came to understand them better, Jasper was so sweet he/she stole my heart. I wanted to make a book of all the photos of Jasper and write the story in a handmade book, that’s when I signed up for my first bookbinding course and got hooked on Artists’ Books. All because of a little gull chick, who changed my life. I can’t explain it properly without sounding really soppy and sentimental, but all I know is that Jasper had a very profound effect on me.

The cutest thing Jasper used to do was when I was sitting at the back door it would edge closer and closer to me until it got as close as it dared and just stare at me and twist it’s head from side to side as if it was really puzzled and trying to figure something out. Jasper would do this for at least five minutes and then nonchalantly wander off down the garden, still looking puzzled. I used to feed it Tesco Value Tuna until it learned to fly, and shrimps one day as a treat because I knew Jasper would leave soon. It used to come back for a while after it learned to fly but then he finally left and I missed Jasper terribly, I still do. I know Jasper couldn’t have stayed and had to fly off with it’s gang of gull friends, but every now and then I just wished Jasper  would come back and perch on the roof just to say hello.

What a lovely post. Such an abrupt introduction to life on their own. This story will make an amazing book.

Thank you Joy. I have made a little book with Jasper’s story and am still in the process of doing the book with all the photos. I have kept some of the feathers left behind by the little chicks, they are really beautiful and an nice memento.

Hi Angela,
Thanks so much for your comment and encouragement. Your story is my inspiration.

You are very welcome Jenya your post struck a chord with me and I felt – I’ve been here too.