This year’s Gull Chicks have now gone – they started flying a few weeks ago. They landed in the garden once or twice after this, but that’s it for this year – they’re gone. This might sound stupid but I miss them. This was the first year that there was 2 chicks in the back garden. One fell from the roof first and the parents continued to look after both of them, one on the roof and one in the garden. I thought this was unusual because the last time this happened (5 years ago) they abandoned the one that fell in the garden and I ended up looking after it – the chick was named Jasper.

This year a few weeks after the first one fell down from the roof into the garden, the second one fell outside at the front of the house near the road. I was afraid it would be run over by a car and also the parents would probably cause havoc swooping on people in the street. So I rescued it by throwing a towel over it and putting it in a cardboard box. I then reunited the little bird with its sibling in the back garden. They didn’t seem too impressed with each other at first, but soon they were having great fun practising their flying and pecking at toads!

I looked out the window one day and saw one of them pecking at something, it looked like a frog shape but it was covered in dirt and I thought it was a Toy Frog belonging to the kids next door (their toys sometimes end up in my garden), but then it moved. I had to try and rescue it, which meant getting near the Gull Chick without frightening it too much – while at the same time trying to avoid being seen by the parents on the roof – which would most likely involve them going berserk and swooping on me. I managed to do it and I put it in the water bowl I had for the chicks. It swam around a bit and and when all the dirt washed off I could see it was a lovely Toad. It eventually hopped off somewhere and I hope its OK. (This Toad image was eventually used in a Book – see Redesigning The Medieval Book and also here you can see the Rubber Stamp). 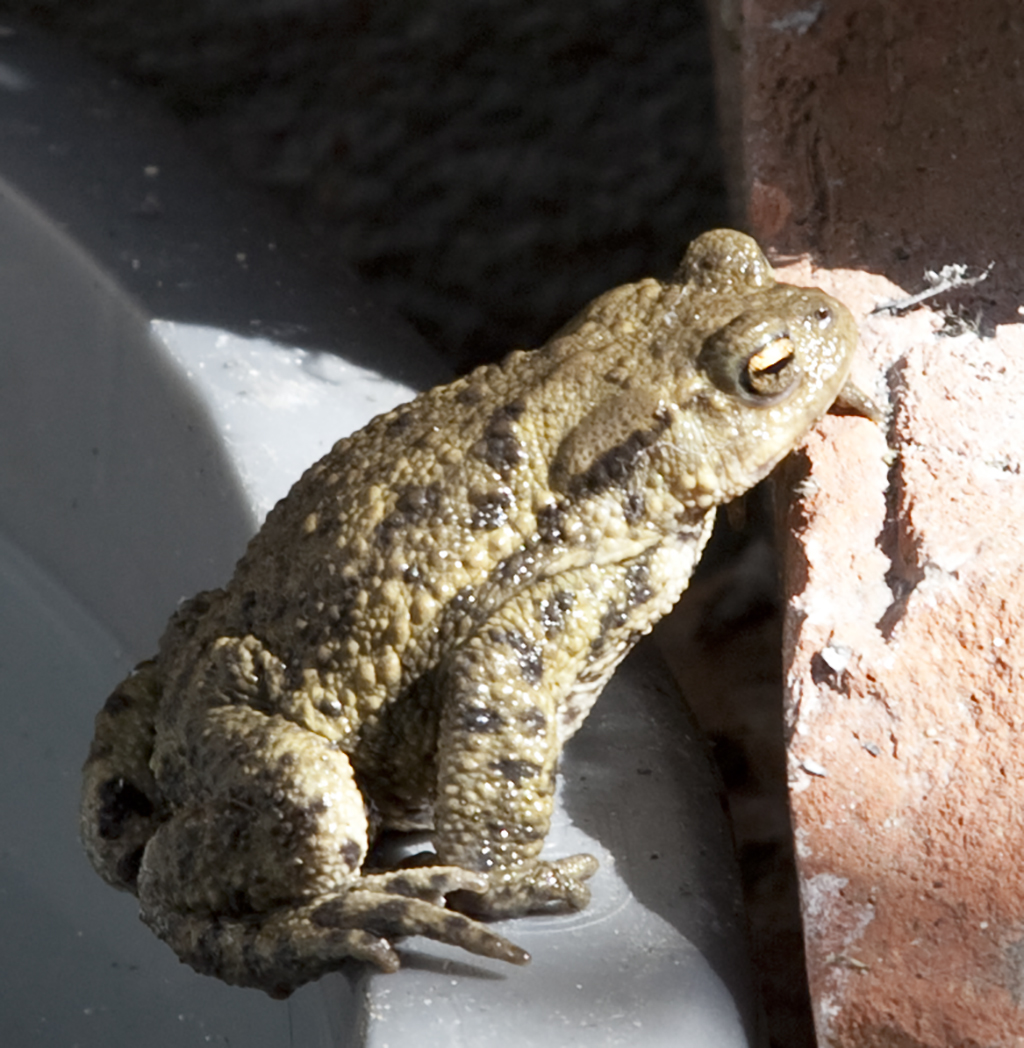 My favourite memory of the Gull Chicks is this Video of them in the rain. I love the sound of the rain and it was absolutely hammering down. They were just standing there lapping it up.

This also reminded me of Jasper and how little I knew about Gulls 5 years ago. One evening when it was raining really heavily I felt sorry for Jasper and thought he/she should have a little cardboard box for shelter. In this photo Jasper’s look seems to be saying “you cannot be serious?”. Little did I realise that Gulls (even Chicks a few weeks old) are really tough and love water – any kind of water. 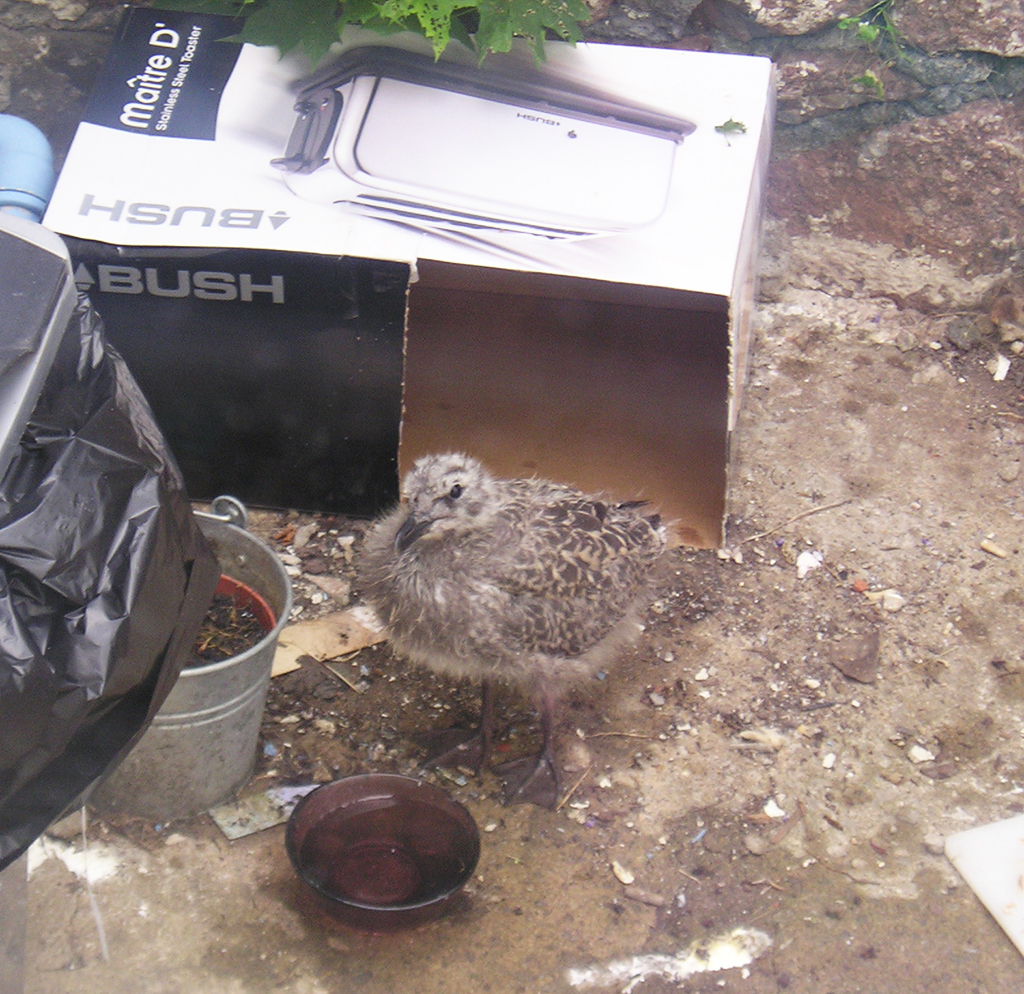 Lovely videos. Your gulls (I think) are different to our local Sydney ones, which are Silver Gulls (Larus novaehollandiae), but the behaviour is very similar.

Thanks Carol. Although its not easy to tell by a photo your Silver Gulls look considerably smaller (and cuter!) than the lesser black-backed gulls.

But as you say the behaviour (they can be very naughty!) is similar I'm sure.

Such sweet videos, and most enjoyable toad too. I don't think there's anything nicer than baby birds hanging around the yard. Here near the beach we have big white seagulls, although being a mile inland they don't come near the house.

Thanks Paper Chipmunk. Lesser Black-Backed Gulls have been nesting on the roof for at least six years now and there are little adventures every year with them falling from the nest. I like the toad too and was glad I managed to rescue it from (possibly) the beak of death!