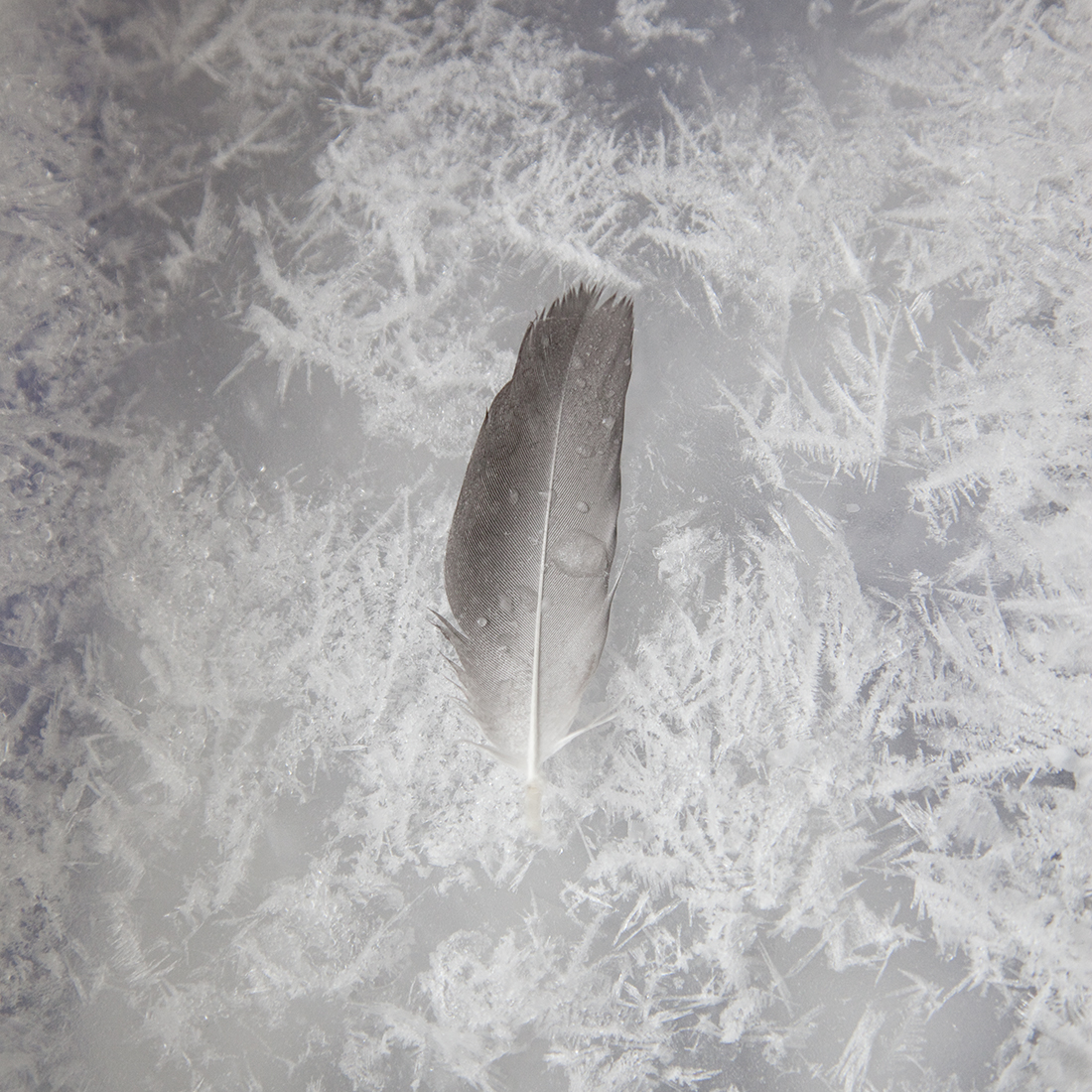 Just doing some more experiments with freezing stuff in ice. I started the process of freezing a feather and thought it looked so nice at this stage I would do a few test photos. I will gradually add more water to completely freeze it, but may end up going back to this image. This is for a series I’ve been doing called Weapons of Hurt & Healing.

I’ve had the ideas in my head for some time and have made must of the ‘hurt’ images. As I came to do the ‘healing’ I could really only think of one image which was the feather, which represents, birds, nature and wildlife. Now I am a bit unsure about the title for the series – wondering how can you have a weapon of healing? In some ways I quite like the idea because the concept of a ‘weapon’ of healing sounds good. What do others think?

Initially I was thinking I needed more ‘healing’ images for the series, but then I realised that you don’t need several weapons of healing. Sometimes all it takes is one thing to heal you.

I really love this image angela – and was intrigued that you're presently playing with ice….as its something I'm playing and thinking about right now too! (with very different means, ends and ideas I should add…. and achieving nothing so lovely as this image)

I look forward to hearing more about how the book series develops.

Ronnie I have been playing with ice for a long time now and its not the easiest medium to work with. Its very difficult to get decent images, and you have to work fast or it all melts! Is this a natural progression for you – from fire to ice? Would love to see your experiments.

Such a beautiful image. I like a "weapon" of healing. Definitely keep the evocative title. Healing, and seeking it, can indeed bring weapon concepts to mind. It also works well with this sort of imagery.

Thank you Chipmunk. Its good to hear your perspective. Its weird, I've been working on this series for a long time now (actually I'm ashamed to say how long) and the title was in my head from the beginning even before I produced the work. I never really questioned the weapon thing it just seemed to make sense. Its good to hear all the opinions, including my boyfriend's who raised the 'weapon' question in the first place.

This is a beautiful photo Angela and the title is really strong. The paradox of a healing weapon works wonderfully!

Also saw your stamp on the cover of Blue Note. I didn't realize it was a line from a poem – I thought you'd made it up! Off now to google it and alleviate my ignorance.

And Google no further! The full poem is on the left hand side of my blog just above my followers.

Woody Allen has a book called 'Without Feathers' which I think equates with having no hope.

I hope never to be without feathers (maybe that's why I collect them).