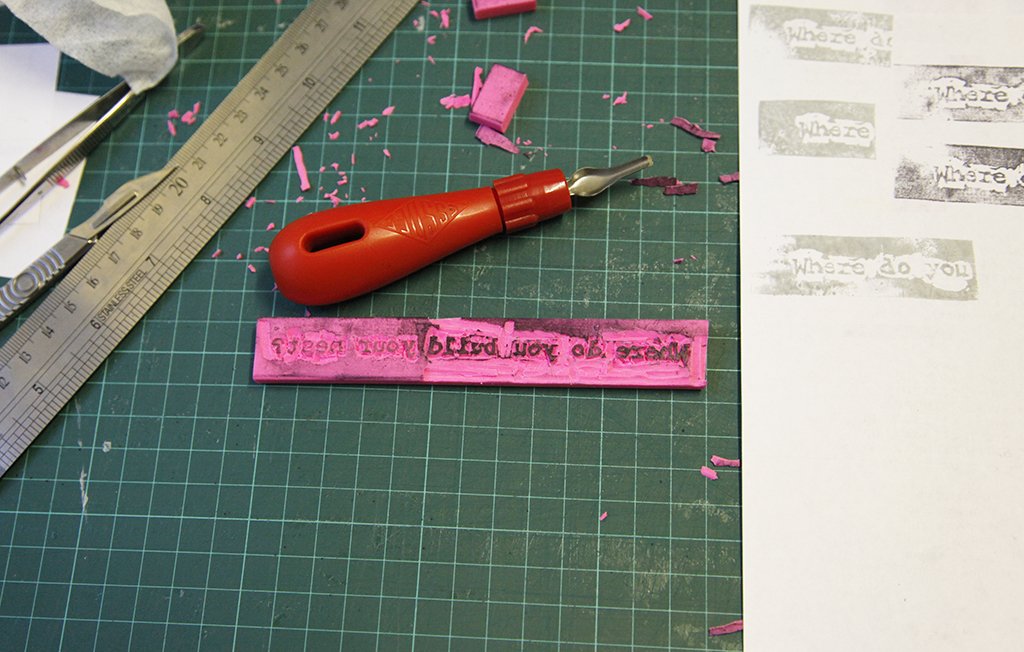 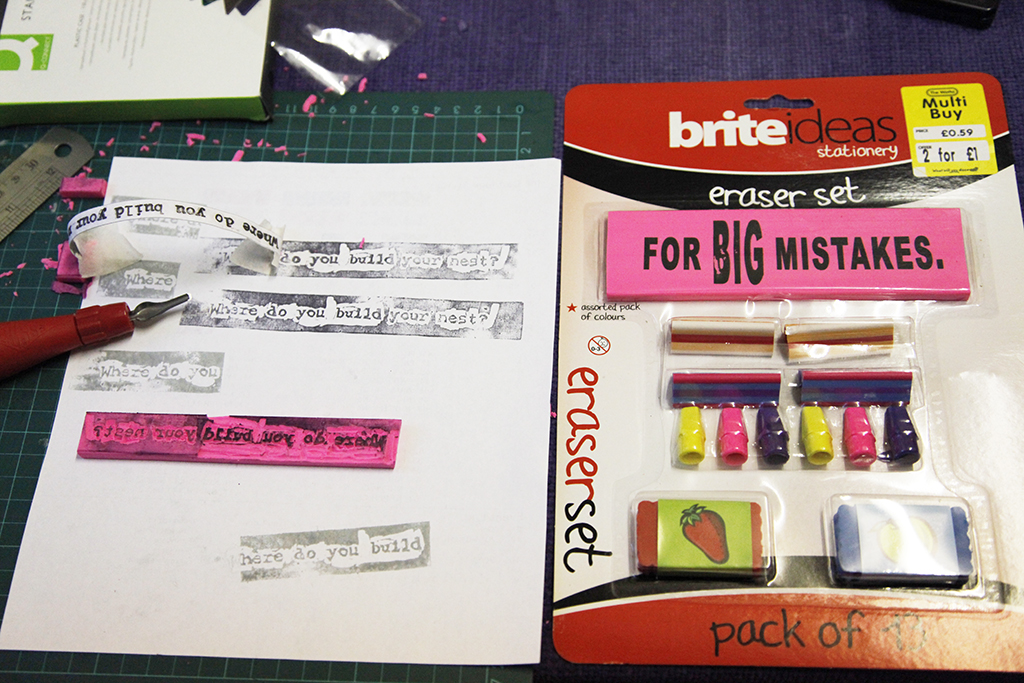 Just some pictures of my work in progress for  Book Art Object II using the Janet Winterson text as inspiration.  The Eyries of Books Extract started me thinking about building nests/safe havens, because the boys had burrowed into the books to make a safe place for themselves. Somehow this seemed like nest building to me.

I’ve started off doing some experiments with rubber stamps. I meant to do a tutorial because Jane asked about this when I did a post on my blog about the Home made Rubber Stamp Workshop. I only realised half way through that I should have photographed the whole process. Text is quite fiddly to do with rubber stamps so I am not sure if its the best example for a tutorial.

I used the ‘Big Mistakes’ rubber which was actually very nice to carve, but not sure how durable it will be after its been used a lot. You basically get your image – in this case text  – and go over it with pencil, put this on to the eraser and go over the back of it with the pencil so the image transfers to the rubber – it will transfer over mirror image because you start off with the image the right way round.  Cut round the edge of the image with a scalpel as if you were using it as pen, cut at an angle away from the image so you don’t undercut it.

Once you’ve done all the image you can stamp it to see what else needs to be cut away. I use a lino cut tool for the large bits. Keep stamping until you get it as you want. This is only ‘edtited highlights’ of the process just to give you an idea.

The text here was typewriter text with a picture of the original below.  I doubled the size to make it easier to carve  – original size would have been impossible. I like the way the text has turned out. I think this was another one of those experiments which I thought wouldn’t work – and also was almost hoping wouldn’t – because I know its going to be difficult to do if I decide to use it 🙂

I'm going to have a go at making the stamps I need for Paper Wrestling so appreciate your advice in this post. Many thanks.

You're welcome Carol – I don't know if you saw these links I posted on the BAO blog too.