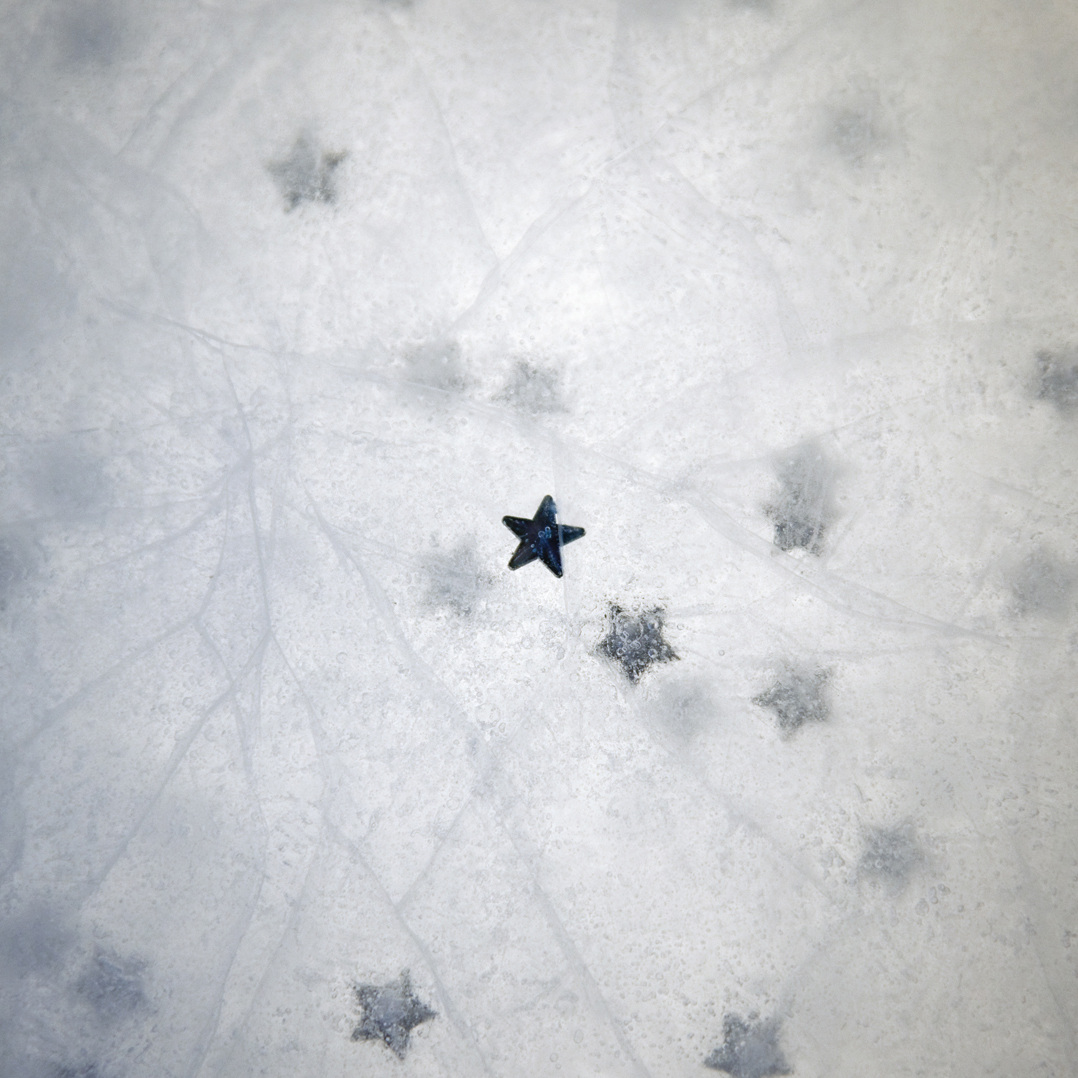 Ever since I heard the term frozen star (the original name for black holes) in a book called the Physics of Start Trek I have been fascinated by it. I have been working on some frozen star images and this is the final print.  I really liked the other 2 images I made but I was not happy with the way they were printing. They look good on screen but don’t print so well.  Maybe I shouldn’t be such a perfectionist fusspot, but I just didn’t think they were good enough.

When I was making this I bought some silver stars. I started freezing them it looked good, but there was something missing. I was racking my brain trying to think of ideas – what could I use? I was walking up the stairs in work one day and I saw something shiny on the step. I picked it up and it was a little blue star – just the right size – no idea where it came from.  I added it to the ice that was freezing and it looked right, just what the piece needed.

My Life had stood – a Loaded Gun

Thanks very much Kathryn 🙂

Oh. Wow. And wow again. Soooo beautiful. Thanks for sharing it.

And thanks for your lovely compliments 🙂

Really beautiful Angela – wonderful atmosphere. I love the cracks. And how mysterious about the blue star just appearing…

Thank you Amanda. When I first started working with ice and I took it out of the freezer and it started to crack I was a little disappointed. Gradually I started to love the cracks.