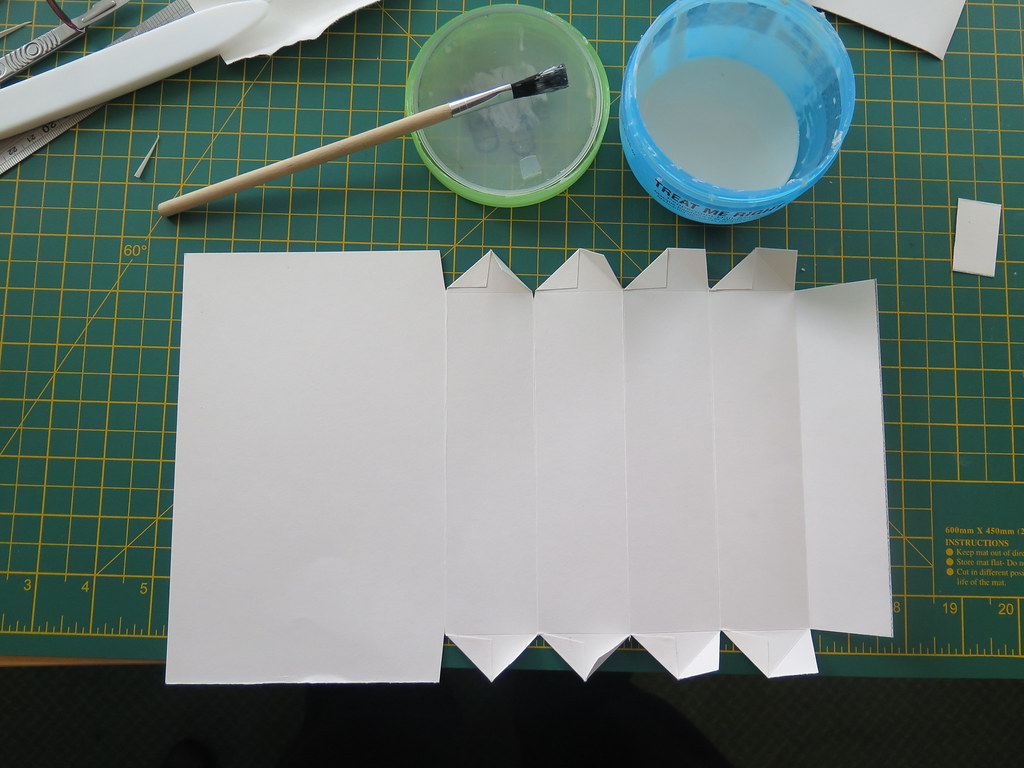 I have been meaning to write this post for a while.  This is the first structure I tried from Art of The Fold by Hedi Kyle and Ulla Warchol.  I decided to use cartridge paper for the practice box.

I am quite pleased with the result although I did make one mistake  – visible in the photo below. I folded the triangle corner on the outside instead of the inside.  I was going to try to undo it but would have make more of a mess if I did – so decided to leave it.  It will also serve as a good reminder how not to do it when I come to make it again. 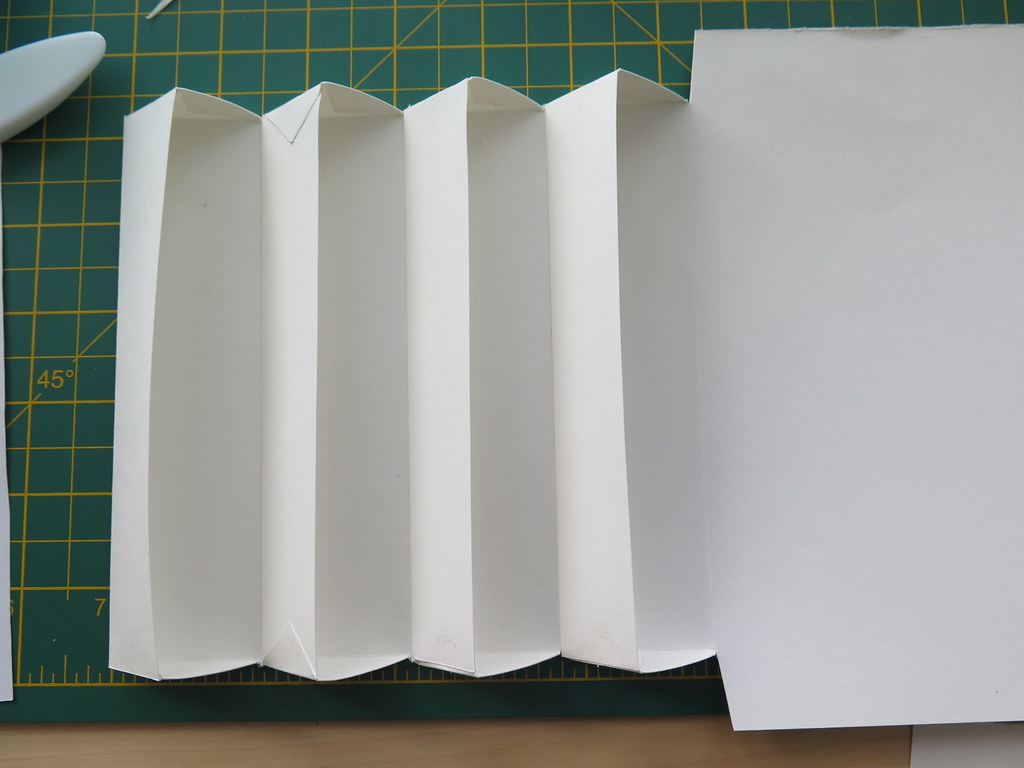 Once finished I couldn’t wait to put some of my found feathers collection in there.  I started collecting feathers around 2005.  This began when I was looking after an abandoned gull chick (I kept it’s feathers) and then began to see beautiful feathers everywhere!  I mainly have Gull and Crow feathers but found some beautiful Raven feathers last year – they are much bigger than crow feathers and beautifully iridescent.  I would like to make a larger version of this box for the Raven Feathers when I have the time.  Now this has set me wondering – could I make it from tracing paper so you could see the feathers inside? Mmmmm…..more experiments. 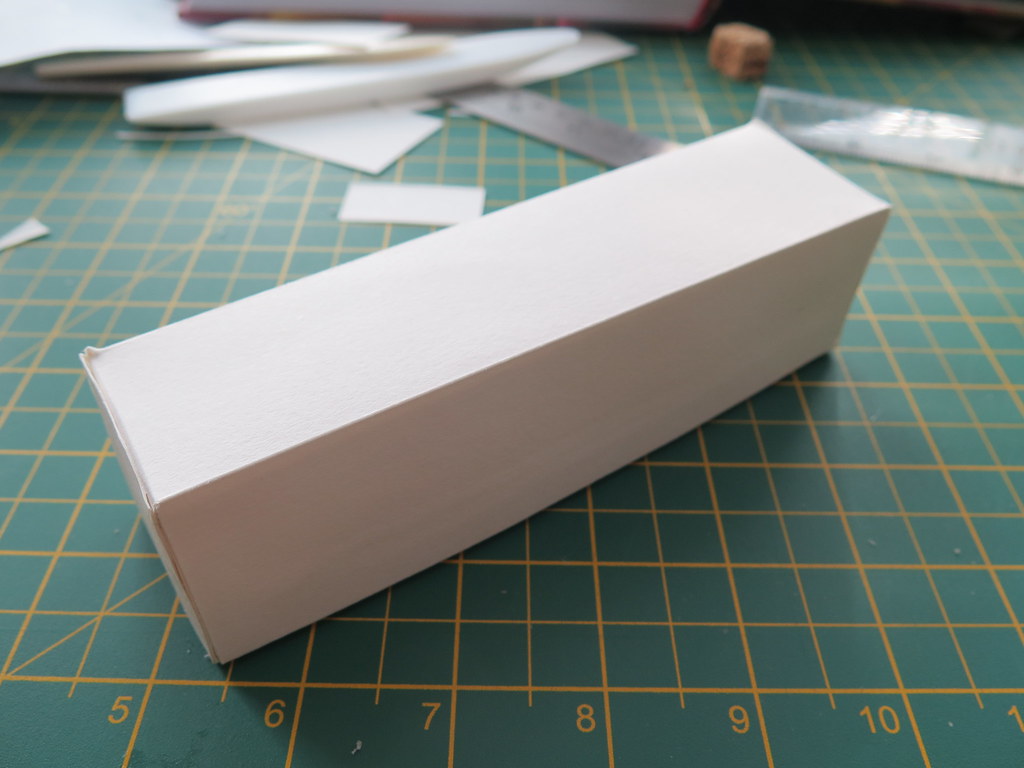 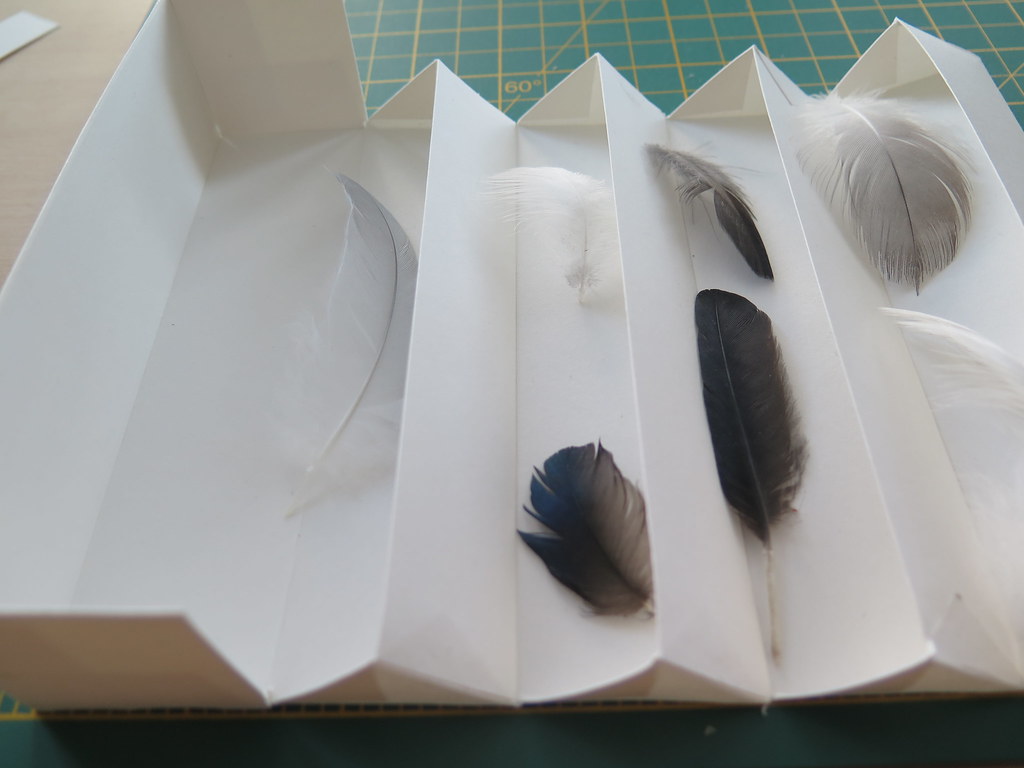 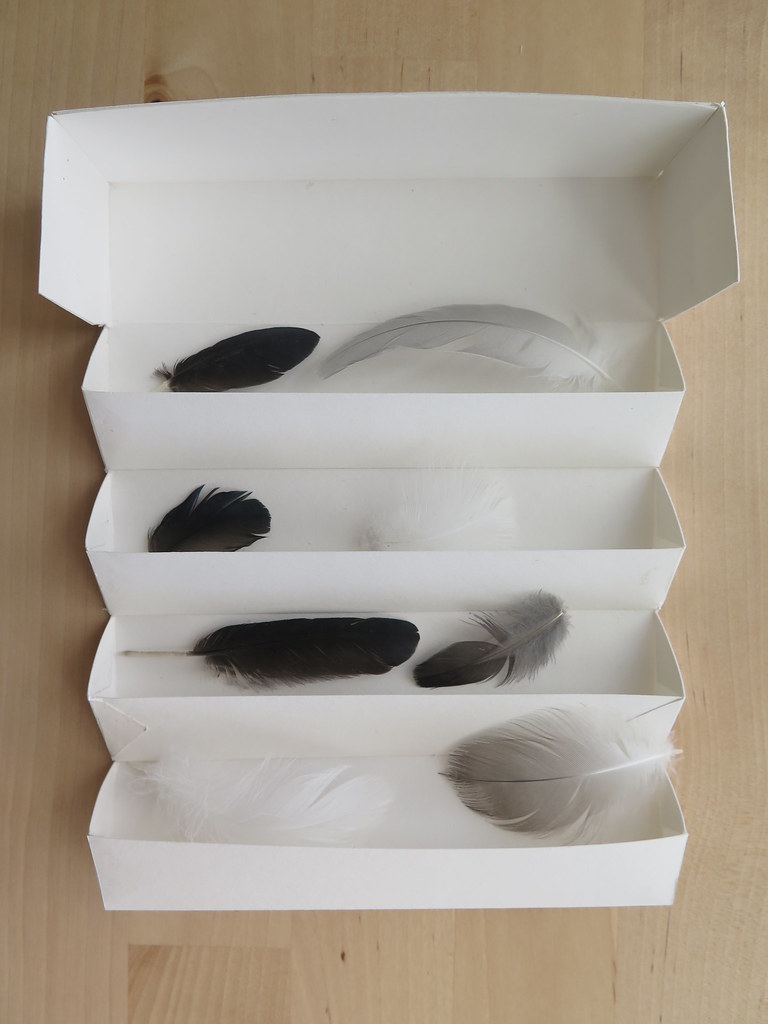 Full set of photos for the making of the box on Flickr here.

Art of The Fold by Hedi Kyle & Ulla Warchol