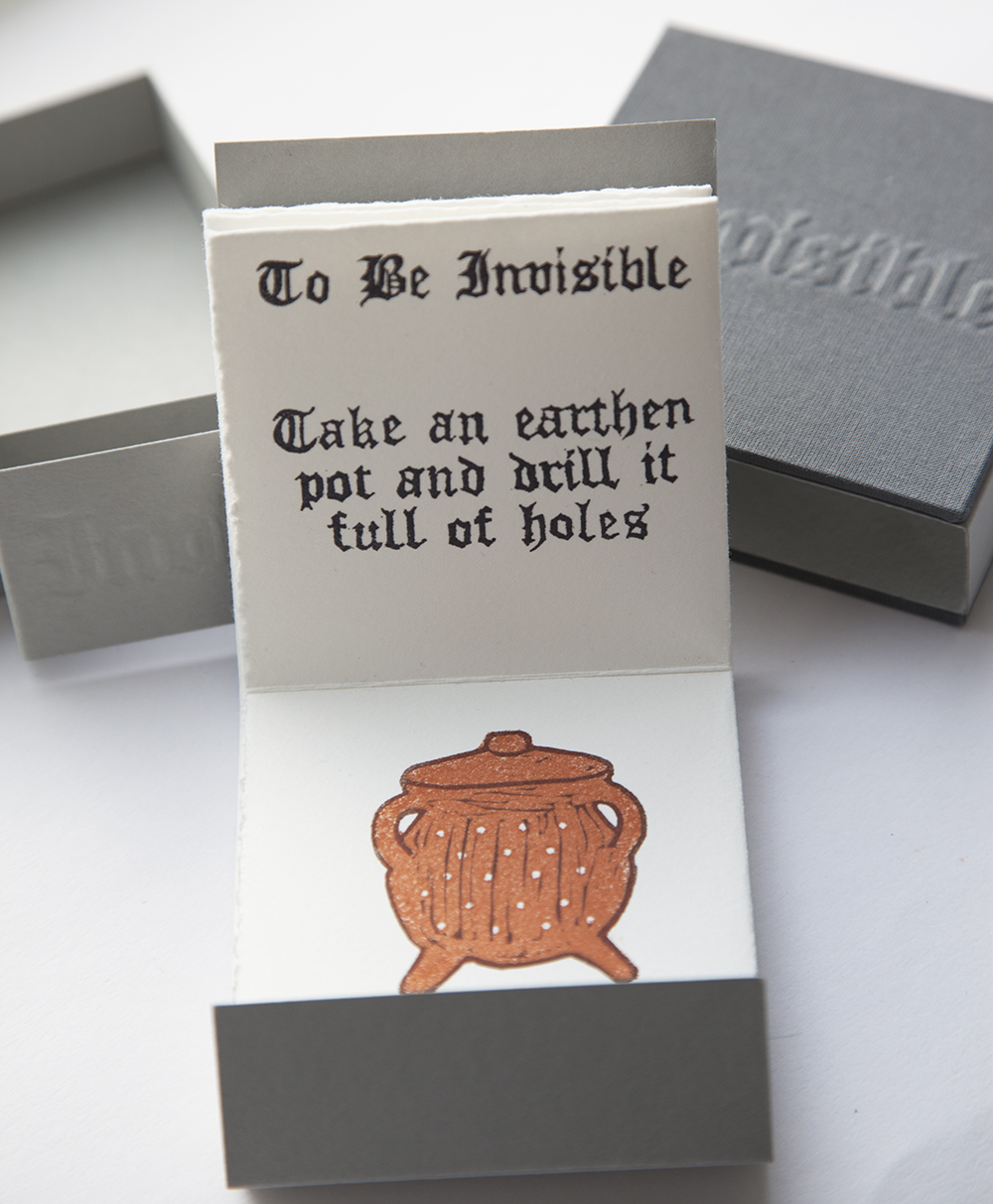 I realised I haven’t written a blog post about this Book I made in 2017 for a competition called – Redesigning The Medieval Book.  There was a series of Workshops held for Artists at the Bodleian Library.  Unfortunately, I did not see the call out on Twitter in time so missed out.

In winter 2017-18 at the Bodleian Library in Oxford, an exhibition Designing English: Early Literature on the Page will show the page design of English literature in handwritten manuscripts and inscriptions across the Middle Ages. To complement that exhibition, the Bodleian Library will host a workshop, competition and exhibition for contemporary book artists: Redesigning the Medieval Book. We invite book artists to design and make new books inspired by medieval manuscripts from the exhibition. The invitation is for artists and craftspeople of any specialism who engage with books in their work, including bookbinders, papermakers, calligraphers, illustrators, graphic designers, handpress printers, sculptors, graphic designers, digital artists and other craftspeople.

After the Workshops a Design Brief was sent out in April 2017.  I wasn’t sure about entering the Competition but when I saw the Brief I was fascinated.  There was an anthology of texts (with the Old English version included) and also images for inspiration. I found myself unconsciously coming up with ideas and working on a book.

The first thing I was drawn to was the medical remedies and charms. I knew very quickly that I wanted to work with the charm – To Be Invisible. Looking at the mood board we were provided with (images of Medieval Manuscripts and Artefacts) I really loved the Folding Books and Almanacs. The simplistic drawing and limited colour palette was reminiscent of Rubber Stamp Printing.

For to be invysybell.
Take an erthen pote and bore yt full of holys, and put therin a frosh, that ys blake spekelede, and stope yt faste, and sete yt in a pysmere hyll, ther many rede pyssmers be, and come agen at the 3d dayes ende, and then take the bonys, and goo to a rynnyng water that renneth, and caste them in, and that bone that gothe ageyn the strem, kepe yt and wynde yt in sylke and closse yt in a rynge, or out of a rynge, and bere yt with the, and thou schalt goo invysebell. Also, yyf thou towche a whoman with the forseyde bone, sche schall folowe thy wyll and be at thi comaundment. Probatum est.

To be invisible.
Take a china pot and drill it full of holes, and put inside it a black speckled toad, and close it tight, and put it on stop of an anthill, where red ants live, and come back at the end of the third day, and then take the bones, and go to a stream that is flowing, and cast the bones in, and whichever bone moves in the opposite direction to the stream, keep it and wrap it in silk, enclose it in a ring, or outside a ring, and carry it round with you, and you will be invisible. Also, if you touch a woman with that bone, she’ll do your desires and be at your command. It is proven.

I wanted to use a Medieval Typeface and began researching Blackletter. I used a font called Old London which was the closest I could find to it. However, I did not like the letter V. I found a piece of text from a Latin Bible dated 1407 which is in Malmesbury Abbey and used the V from there.

Taking the structure of Medieval Folding Books and the Blackletter Typeface I began working with these two elements. I also looked at Medieval Block Books and realised that as difficult as it was for me to carve the typeface in rubber, I couldn’t imagine how difficult it must have been to carve this in wood.

I had a lot of elaborate ideas to start with, but wondered what it was about the almanacs that was so beautiful? A Ben Jonson poem came to mind – The Grace of Simplicity, particularly the line “ Than all the adulteries of art; They strike mine eyes, but not my heart”.

This made me realise, with all the progression in digital technology something that is simply beautiful can be more striking. I wanted my interpretation to be faithful to the grace of simplicity, hopefully I have achieved this.

You can see the making process for this Book on my Flickr Photostream.  All the text and images are hand carved and hand printed using rubber stamps. As mentioned the Blackletter Typeface was very difficult to carve, especially at the size I was using – there were lots of subtle curves. I particularly enjoyed drawing and carving the images for this book.  I was able to use one of my photos of a Toad – rescued from a hungry Gull Chick! Full story here. I also loved making the stamp of what I fondly called – my Little Medieval Man – taken from The Gawain Poet (fl. c.1375–1400), manuscript painting (as the father in Pearl). I used this image for the text – and go to a stream that is flowing, and cast the bones in. I don’t know why but whenever printing the Toad and (especially) my Little Medieval Man I found myself smiling and sometimes chuckling away to myself. I hope this joy has come through in the book.

Something else happened with the making of this book.  I began to realise something about my practice which I had been unconsciously doing with the books I loved making the most.  When trying to come up with ideas for the book from the initial stages and at various decision points in the making process – whenever I started to feel confused or not know what I thought I ‘should’ do or how it ‘should’ be made and what it ‘should’ look like – I asked the question:  What would I do if I was making this book for myself –  a book that I would love to own and that would be a treasured possession of mine?  Then there were was no doubt, no question, on what I needed to do – even if (often) it was the most difficult method.  So now this has become my guiding principle – I make the book I would love to own myself.

Making this book really pushed my carving skills in both image and text and opened me up me up to the wonderful world of Medieval Books which I feel will continue to inform and inspire my practice. 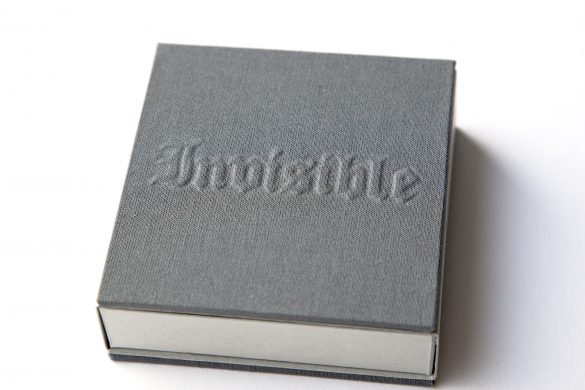 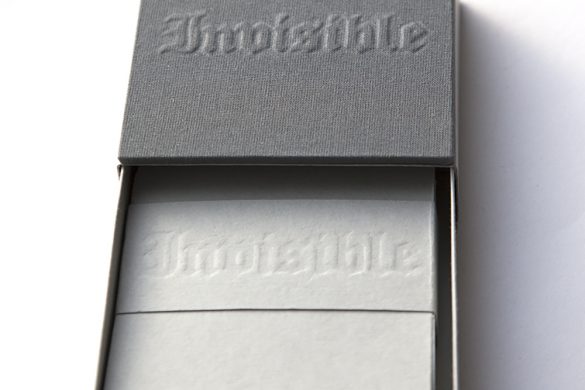 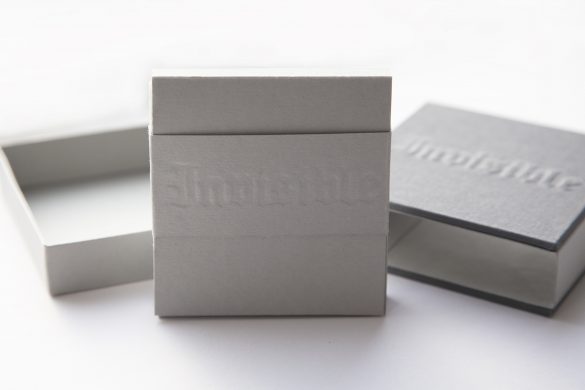 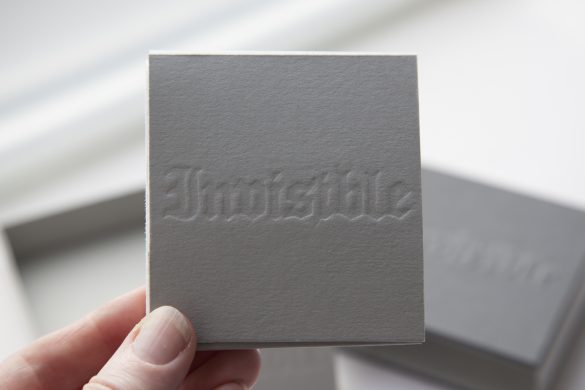 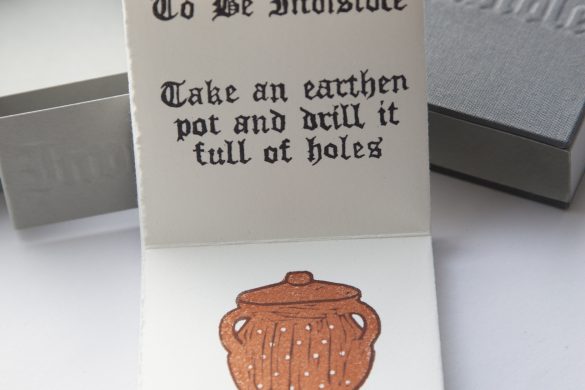 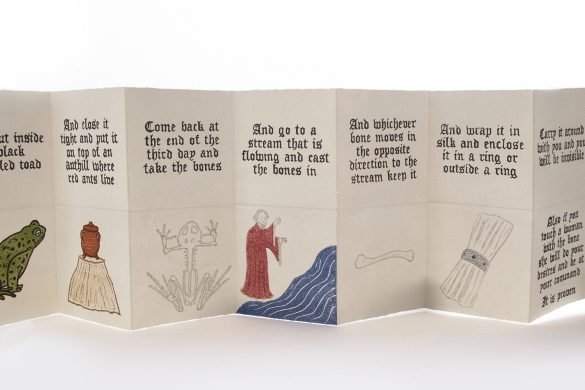 There’s No Such Thing As Seagulls, Work In...

That poor toad.
As a woman of a certain age I have had the potion of invisibility forced upon me.
I love the idea of creating something which speaks (loudly) to your heart.
Congratulations on your Special Commendation.

Thank you Elephants’s Child. I quite like the idea of being Invisible, I find it intriguing – maybe that is why I was so drawn to that particular Medieval Charm. I also loved the idea that someone had concocted the Charm in the first place and would love to know how many people tried it 😀 and what happened.